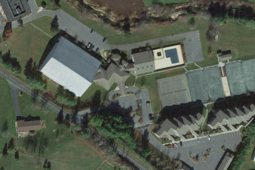 Hampton was born and raised in Winston - Salem, North Carolina and is a Junior at Appalachian State University. She began gymnastics at the age of 5 and transitioned into competitive cheerleading at the age of 9. Hampton began junior coaching at age 13 and has continued ever since! Ham has always had a passion for fitness, exercise, and healthy living and is excited to work with everyone at the club!

Adam Smith is a native of Granite Falls, NC. Adam played basketball and baseball from the age of 4-15. He was then introduced to the sport of tennis at the age of 15. Adam quickly learned how much of a passion he had for the sport. A few years later he attended Spartanburg Methodist College for a year where he played on scholarship. He then took an opportunity at the age of 19 to become a director of tennis at Cedar Rock Country Club. He also coached boys and girls tennis at Hibriten High School for a combined 6 seasons. Adam has a huge passion for tennis and his drive is unmatched. Adam hopes to propel tennis to new heights here at Deer Valley.

Grace grew up in the small town of Cullowhee, North Carolina. She has always had a strong passion for health and fitness. She received a Bachelor's Degree from Appalachian State in Health Promotion with a minor in Nutrition in 2016. She loves helping other people reach their goals and realize all the benefits of exercise.

She was a competitive gymnast for most of her childhood. Starting at the age of 4 and continuing until the age of 16, when she began competitive cheerleading. She started coaching gymnastics and tumbling classes after graduating college, and has continued to do so. Grace loves teaching group classes as well as working one on one with kids to help them gain skills.

Grace is the Club Manager and Membership Director at Deer Valley overseeing the clubs programs and working to promote membership in the community. 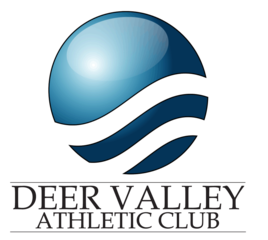